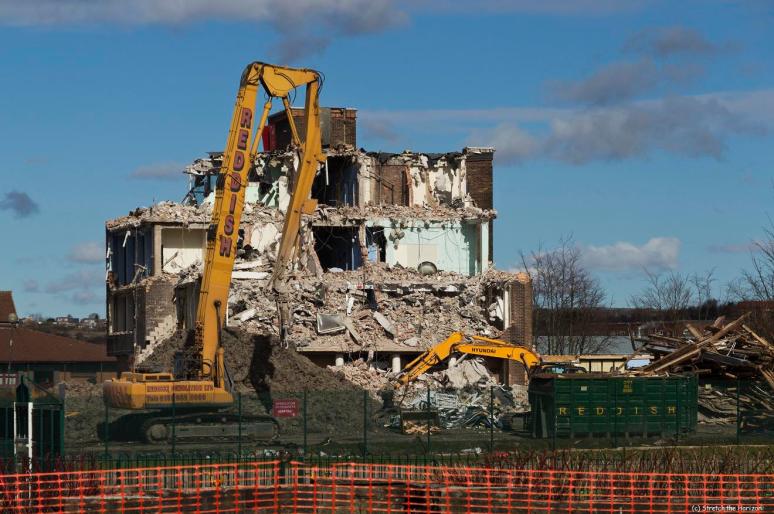 This shattered husk of a building is all that remains of Our Lady’s Roman Catholic High School in Royton, Oldham as of the 16th and 17th of March, 2013; reduced to a crumbling monument teetering in-between the pulverising motions of the unstoppable yellow mechanical beasts.

The school had been part of the community since it opened in 1961, but changed its name in 2010 to the ‘Blessed John Henry Newman RC College’ after failing OFSTED ratings spectacularly. However, change is always in the air when a local Council has money to spend, so this old educational establishment has been levelled as the newly-built ‘Oldham North Academy’ has been completed on the adjacent site of the Sixth Form school.